This is how a teacher, Desmond Kampoe mobilised desks for pupils who used to learn on the floor at his school

In January this year, Desmond Kampoe, a primary school Teacher in the Kassena-Nankana Municipality, became a viral sensation when he donated items to help tackle the spread of the deadly Coronavirus at the school he teaches.

Today, pupils in the Naaga Basic School will no longer sit on the bare floor or lie on the bellies to learn following a donation by Desmond Kampoe. 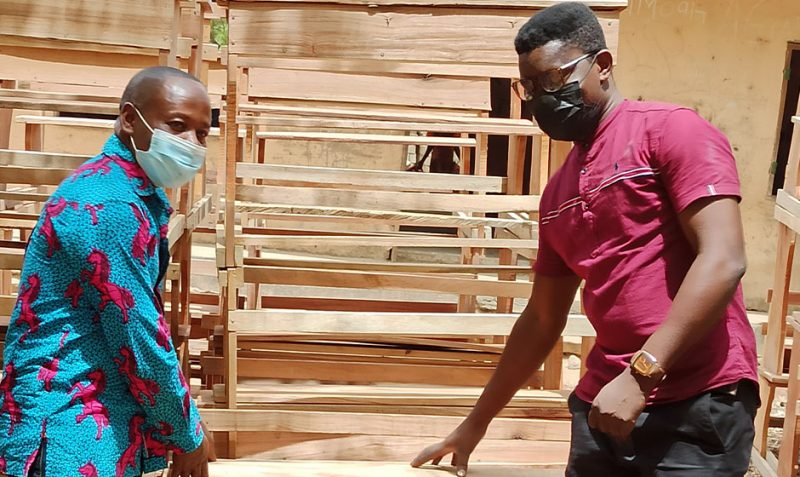 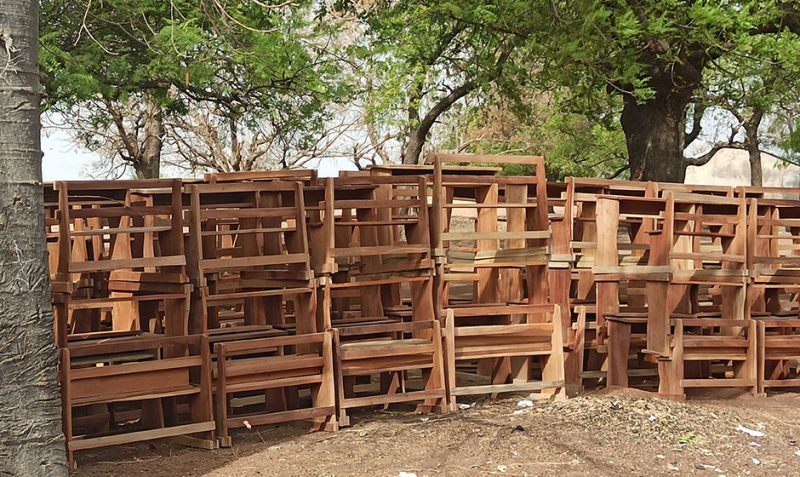 Kampoe also is grateful for the efforts of some friends, who also aided in transporting the furniture to the school premises from Tamale. 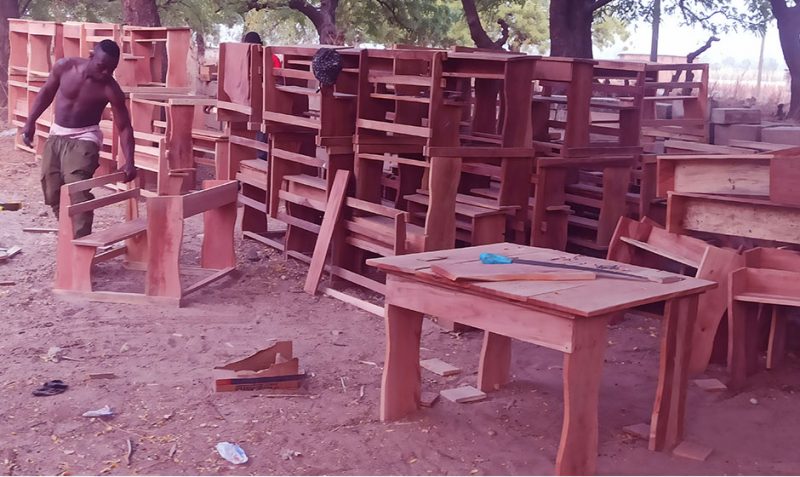 The circuit supervisor of Kologu-South, Mr Maurice received the donation on behalf of the Municipal Director of education. In attendance also was the representative of the chief of Naaga traditional area. Other stake holders included the PTA and SMC chairmen of the school. They expressed gratitude to the sponsors and every individual out there whose effort resulted in this great gesture. 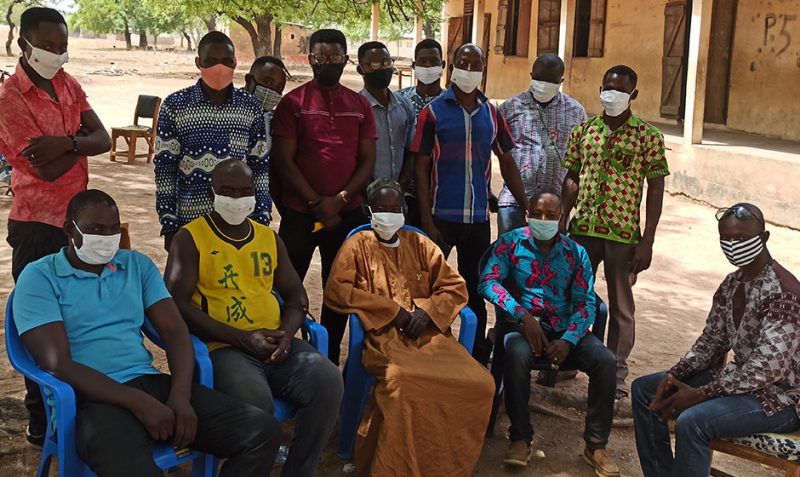 Alongside his teaching profession, Kampoe is also a rice farmer, a mini-importer, and a freelance website developer. He was stationed in Naaga primary school in September 2017.

He recounts his inspiring journey with the Naaga primary school as follows:

Before my arrival at my new station in 2017, the issue of furniture has been a challenge for Naaga primary school. Majority laid on the floor to study. I noticed the situation; and started giving it a thought. Then, in November 2019, I started a fundraiser project privately with one of my big brothers to get furniture for the kids even if it is one class at a time. It’s been hard getting people to help, but I did not give up.

“The breakthrough for me to go public came when TV3 GHANA, on The Missions show captured the Naaga primary school situation and telecasted The documentary on 07/12/2019. However, after airing the documentary, it took close to a year, but nothing has been materialized in help to the School. Well, I juxtaposed everything and realize I had a good reason to go public by switching from acting in my capacity as a teacher in the School to acting as an external philanthropist despite being a teacher in the School in response to that documentary. I faced many challenges when it came to the public domain and so I went off publicly to privately soliciting for support.

The furniture issue came back to the public domain when I posted pictures of PPEs (Face shield, nose mask, and hand sanitizers) donation I made to the School from my personal resources and one particular picture that captured the kids on the floor went viral. READ FULL STORY. The tension and heat that culminated from this viral trend was not something I anticipated, but I am happy it materialized into a solution.

When the story broke out, Dr. Julius Awini, the Managing Director of Hydronomics Limited and a member of the Naaga community, in his infinite magnanimity, responded swiftly to the situation with 95 Dual desks and a 4050-nose mask which the assemblyman of the Naaga electoral area, Hon Joseph Adongo, presented on his behalf.

This gesture by Dr. Julius was followed by 20 Dual Desk received from the Kassena/Nankana municipal assembly with a tag “Donated By Tangoba.”The immediate past regional minister of upper east region, Tangoba Abayage. Adding up to a total of 115 Dual. I Desmond A. Kampoe also facilitated and supervised the construction of 81 additional Dual desks fully funded by friends and acquaintances. 30 funded by Mr. Abel Sellah and friends, 51 by TWC group. Some friends aided in transporting the furniture to the school premises.

Unfortunate events on social media by some individuals when I first posted the fundraiser on my facebook handle, resulted in some donors who did their intelligence gathering decided to withdraw their support because they did not know if their support will be accepted or not.

I want to genuinely apologize to all well-meaning individuals that were affected by my actions in the process of solving this problem. I also acknowledge everyone’s support ranging from sharing my post and connecting me to the right people to help solve this situation. Gratitude from my kids

Chebe Powder 101: What Can It Do to Your Natural Hair