Joseph Hergurson continues to rise as one of the most promising young actors on the screens in Ghana, scoring roles on numerous TV series including, ‘Stryke’ the latest from Ivan Quashigah.

Joseph plays the role of Danny, a major supporting character in the youth series.  Danny is the boyfriend to the lead character Sarah.

“I feel my character is that character that would make people hate me, but I want everyone to know that it’s just acting, if you hate me because of Stryke then it means I really acted or played the role well . Viewers should expect nothing but the annoying, arrogant and womanizing character of Danny,” says Joseph.

‘Stryke’ tells the story of Jimmy, an unemployed graduate, who after so many failed application, settles as a driver for Mr. Williamson, one of the wealthiest men in the city in order to take care of his ailing mother and sister who is preparing for her Junior High School final exams.

Jimmy is assigned to chauffeur Sarah, Mr Williamson’s only daughter and apple of his eye. Jimmy starts developing strong feelings for Sarah but what will become of that with the huge difference in their social standing, and the menacing arrogance of Danny, Sarah’s boyfriend? 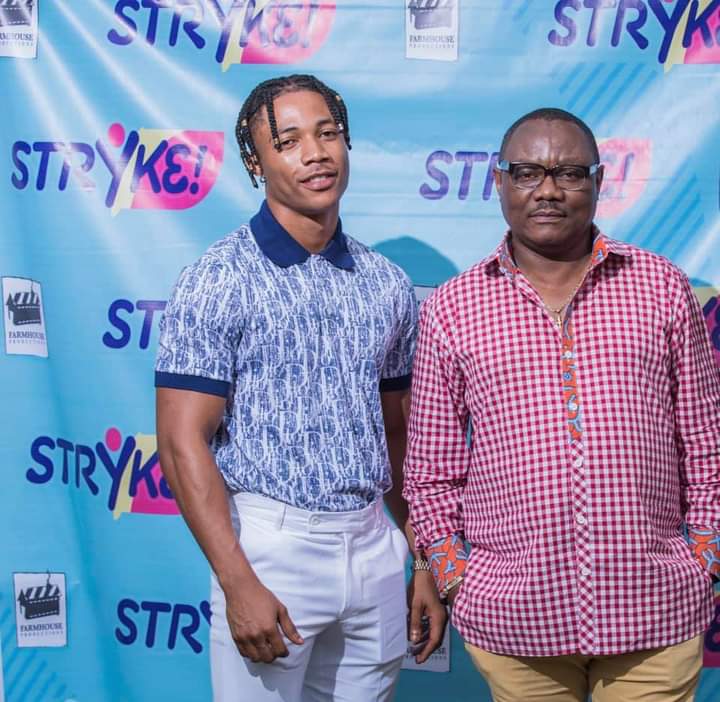 According to Hergurson, “It was a great feeling working on this project since it has been my dream to work with Farmhouse Productions and especially Ivan Quashigah. It felt like a dream when I first received a call that I had been cast in the series. I couldn’t sleep all night.”

He also expressed his gratitude to Ivan Quashigah and the whole Farmhouse Productions crew for giving him the opportunity to exhibit his talent to the world. “He’s been a father and a teacher on set, and that I appreciate so much. For the past years, he has been the pillar for the rise of many young actors and may God bless him for that”

Listen Up: Reggie comes through with his new EP ‘Life in Minutes’