Iggy Azalea has leaked her Instagram DMs and revealed that she has been offered $15,000  for “conversation” by verified celebrities.

The Australian rapper exposed the offer on her official TikTok, in a video which saw her dance in front of screenshots of some of the many private messages, she’s received.

“I know you got money and it don’t excite you but I know ya time is valuable so I’ll pay you for ya time,” read one offer, from a verified Instagram account with 8.9m followers. “I’ll give you $15k just to speak to me and have a conversation. Over the phone or on [Instagram] live.”

Azalea had scrubbed out the usernames and images of those who had sent her private messages, but fans have already attempted to identify the possible suspects based on their individual numbers of followers which Azalea did not digitally conceal.

Another leaked DM included a marriage proposal, with an anonymous celebrity pledging to “protect [Azalea] better” than her ex-boyfriend Playboi Carti.

Others, from additional verified accounts with millions of followers, featured crude remarks about Azalea’s body. 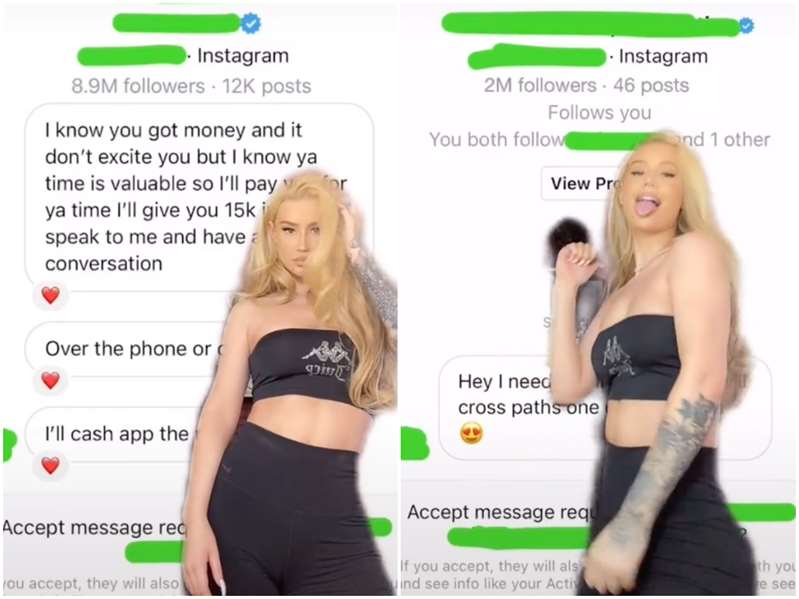 The Pros and Cons of Playing at Mobile Casino

Sarkodie announces new album, “No Pressure” to be released in July

Abena Korkor Returns To Social Media A ‘Changed’ Person After The…