General Manager for GhOne TV, Nana Aba Anamoah has caused quite a stir on Twitter after showing a screenshot of her MTN Mobile Money balance.

On March 11, the award-winning broadcaster took to Twitter to show her followers that her mentee Serwaa Amihere had just sent her 1000 cedis. In the process, she ended up showing her balance as well.

She also revealed to her followers that Serwaa has more than 20,o00 cedis in her account. 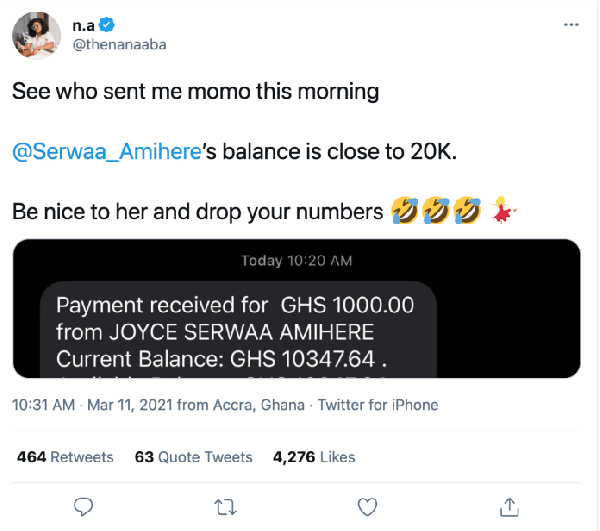 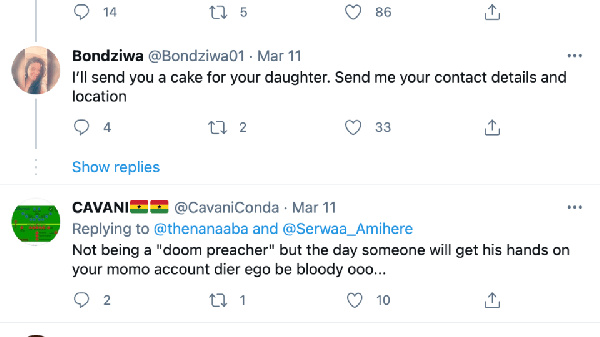 Before you give fake fans, check yourself- Samini blasts Stonebwoy for congratulating Nigerians on their Grammy wins