A PC, gaming console, or even a modern-day mobile phone, we tend to find ways to play video games on all these devices. Although it all initially began on the PC, with earliest games including Doom, Mortal Kombat, Grand Theft Auto, and Need for Speed. Eventually, proper gaming consoles were released, starting with the PlayStation series, and later, the Xbox series too. This led to a new, advanced era of video gaming that continues to get better modifications and innovations with each passing year.

Originally created to provide wireless and portable communication to any corner of the world, mobile phones now have far more options than just that. They not only come with big high-resolution screens, professional-level cameras, speedy processors but are also compatible with video gaming. A famous example to support this statement is PUBG Mobile, the no.1 mobile video game in the world as of today. It is amongst the best-rated games in every country globally, compatible with both Android and Apple mobile devices. Even so, every game requires a certain set of specifications to run smoothly, otherwise, it is either not compatible at all, or just runs too slow with plenty of lags. The solution to this crucial issue is to choose the right device for gaming purposes, and it is not hard when living in an era of highly advanced smartphones.

The Best New Phones for Gaming 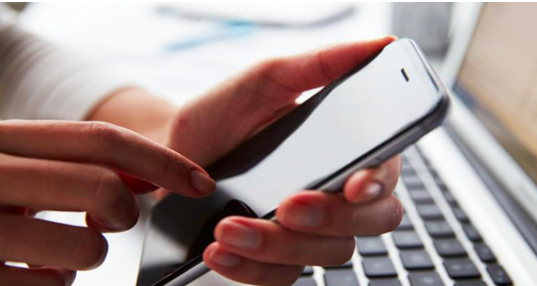 Every phone created currently comes with at least one or more distinguishable features, which would perhaps help it fight amongst the competition in the market. Some come with remarkable cameras, some with notably larger screens, some have impressive sound features, and some, are great at handling high-quality games. The below list mentions the best devices for gaming this year:

How to Choose a Gaming Phone?

For the general crowd, searching for a good phone means looking at its storage size, camera quality, HD screen, and grand speakers. Gamers, however, are more concerned with how fast the processor is, how long the battery can go, and if the RAM is big enough to support their high graphic games. Here is what more to look for if you plan on purchasing a phone specifically for gaming:

The Future of Mobile Gaming

The debate over mobile gaming vs. the other gaming platforms has been going on for a long time, and perhaps will continue to go on, given that each gamer is entitled to their unique opinions. Nonetheless, there is no denying the fact that mobile gaming is comparatively more comfortable and more convenient. The reason is that phones are portable, which does not confine one to play within a specific room and position. Other than that, the feature of cloud gaming in modern phones eliminates the need to download games and fill up the storage, as one can simply access it on the cloud with the help of the Internet.

This has also given a high rise to online gambling, with fans loving the idea of playing their favorite poker and slot games just with their phones. Multiple casinos are pairing up with programmers to release free and paid versions of their games, such as the mobile baccarat, and more. After all, gamers tend to perform the best when they are in comfort, and not when they have to sit in the same position for hours, which eventually also leads to body aches.